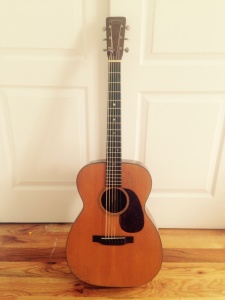 A humdinger from Nazareth, PA.  Mahogany back and sides, spruce top. 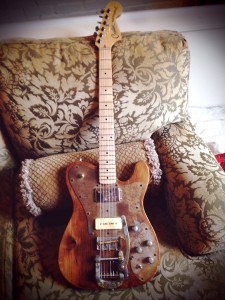 This guitar was built in Burlington, VT by Creston Lea from a piece of white pine from my family’s barn, which dates to the 1850’s. A discount P-90 in the bridge, rewound reissue Fender Wide Range Humbucker at the neck, Bigsby and hand cut metal pickguard. Check this LINK for more pics. 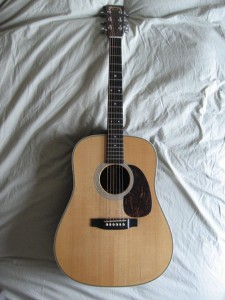 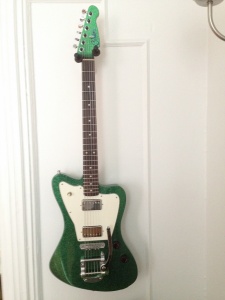 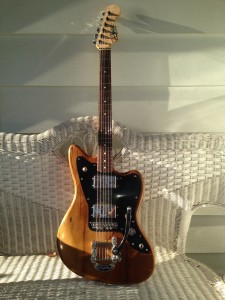 Made by Creston out of another piece of wood pulled out the barn from the property where I grew up.  Jazz master body shape and contours, two Lollar Wide Range humbuckers, Mastery bridge, Bigsby. 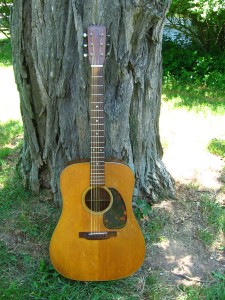 Purchased at Artichoke Music in Portland, OR after I had moved from that lovely, rainy town. Played on ‘Sweet Life’, ‘Songs in a Northern Key’, ‘Tell it to the Dust’ and ‘The Wounded Astronaut.’ Jud Ehrbar fell on it after a night of carousing in Raleigh, NC. Too much Jagermeister I do believe. 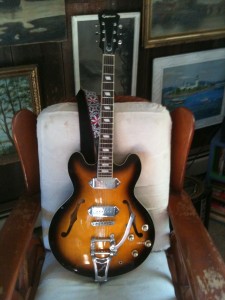 Off the rack reissue from Epiphone.  Feels good and plays good.  Other than the new tuners it’s all stock. 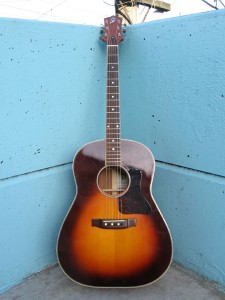 Built by Long Island luthier Bill Bonanzinga. Based on a classic Gibson acoustic design. This was the main guitar used on the self-titled AP record. 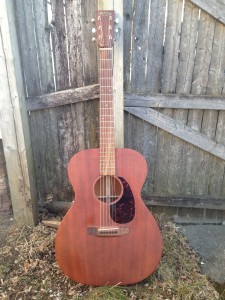 All mahogany 000 size guitar.  Real nice player.  I had a K&K pickup put into it by my friend Jake at Antebellum instruments.  It sounds great plugged and unplugged.  Been my main ride on the road these days. 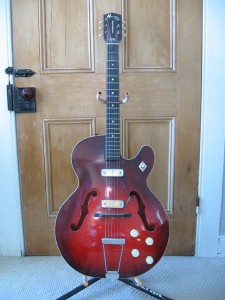 Found in a thrift store in Poughkeepsie, NY. Played for the entire first Varnaline show ever at Brownies (RIP) in New York, NY. Soon retired from most live work due to erratic player/machine interactions. Used on ‘Man of Sin’ and ‘Songs in a Northern Key. 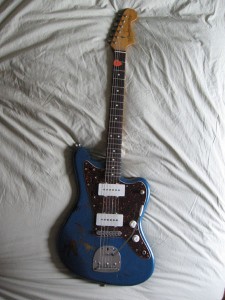 This Jazzmaster dates from the 80’s or 90’s. Given to me by Jim Vincent. This guitar was pieced pack together after being destroyed. The body was broken into three pieces. Jim lag bolted and glued the entire thing back together and repaired with bondo. Painted with Tester’s model paint. 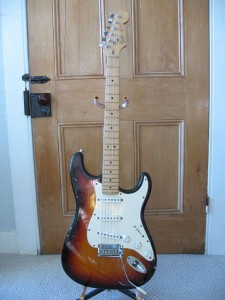 My main guitar for most of Space Needle and about half of Varnaline. I traded an early 60’s Gretsch Anniversary for this guitar from Rainbow Music in Poughkeepsie, NY. (Wish I still had that Gretsch….) I bought this thinking that a Strat could take any abuse I may dish out. I was right until I dropped/threw it one night during a Space Needle gig at the Cooler in NYC. Didn’t discover until about a week into Varnaline’s Lollapalooza tour that I had broken the bridge and cracked the body. 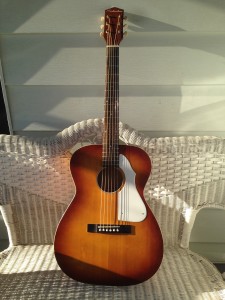 Here’s a cool 000 sized, ladder braced guitar.  Made by Harmony for Silvertone/Sears. 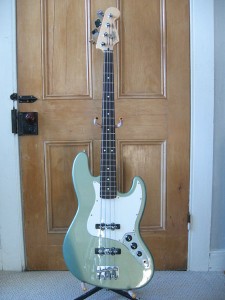 It’s a bass. 4 strings, a couple pickups, etc… I particularly like the color — Sage Green metallic. 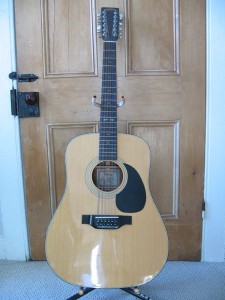 I bought this thing when I was living in Portland, OR in the early 90’s. A great guitar which I toured with quite a bit. I believe it’s been on every record through ‘The Wounded Astronaut. 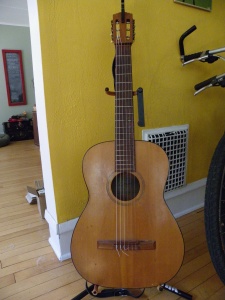 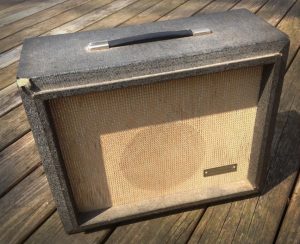 Silvertone version of the Fender Champ.  2 knobs, as it should be. 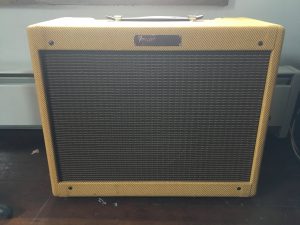 Hand-wired reissue of a Fender classic.  What’s old is new again. A killer. 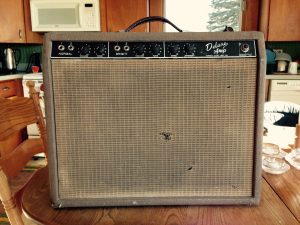 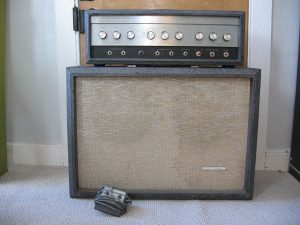 The amp head slips into the back of the cabinet for easy transit. Used for the first Space Needle tour I believe. Picked this up back in my Portland, OR days. Much of Songs in a Northern Key was recorded with this amp. 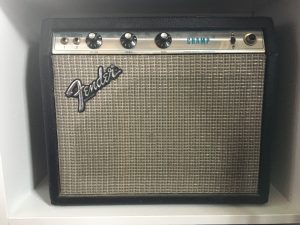 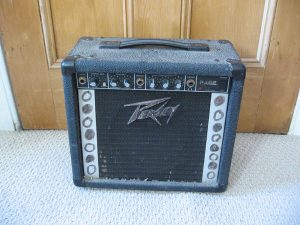 Of unknown origin. I think most of the electric guitar on ‘Man of Sin’ was recorded through this little gem. 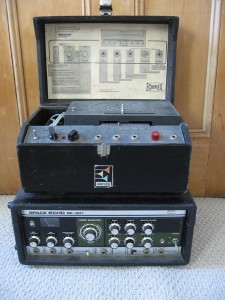 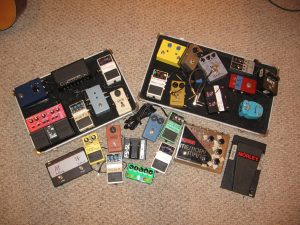 The ever changing, never satisfied pedal board….Some combination of these. 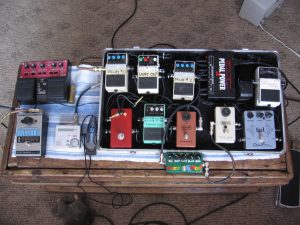 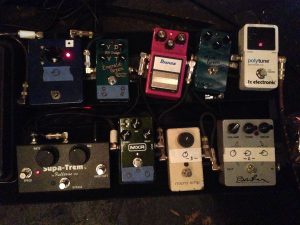