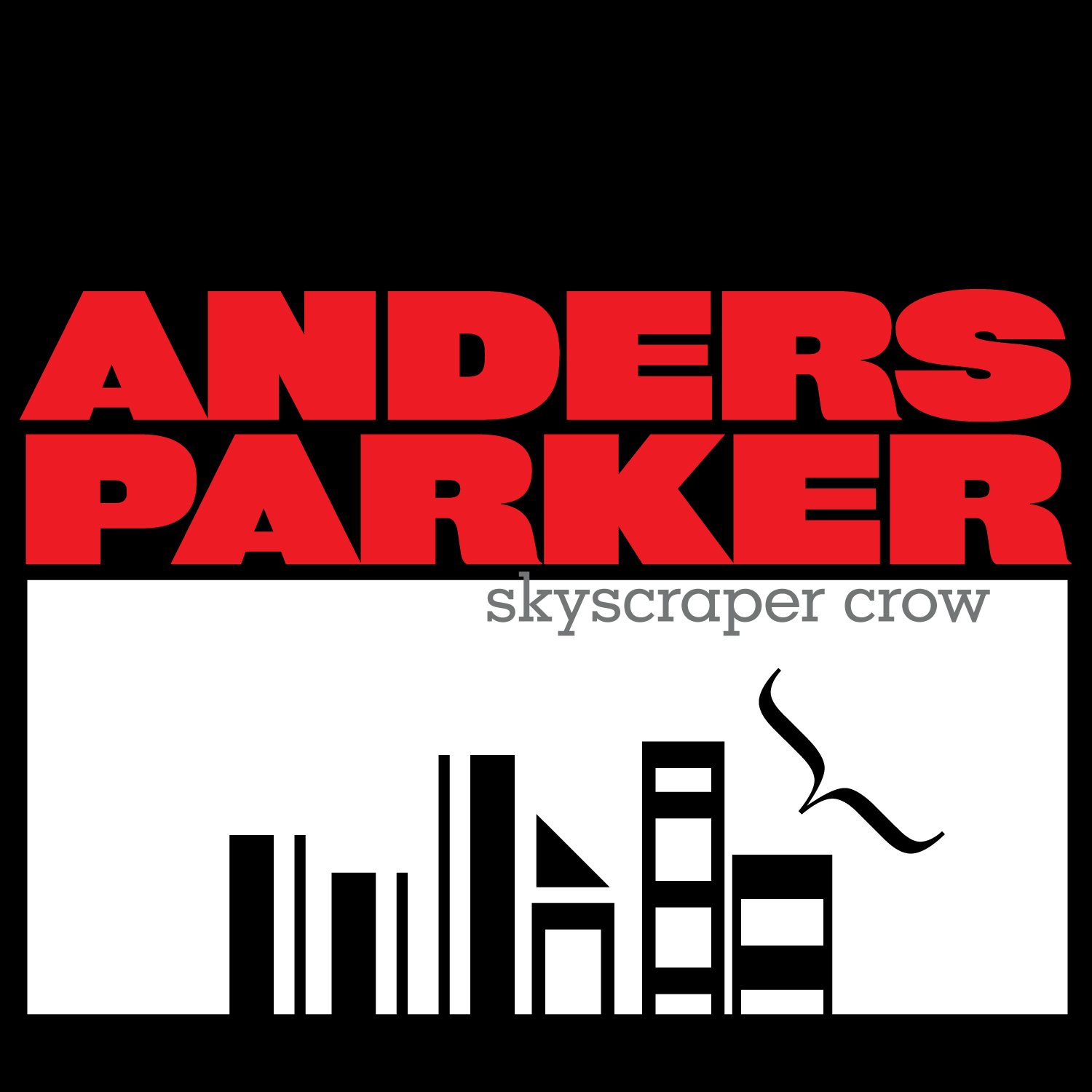 In 2009, Anders Parker released his twelfth album–the double CD concept album Skyscraper Crow. The Crow portion of the set is unadorned acoustic folk simplicity at its finest while Skyscraper is totally computer-generated gleaming laptop pop. The albums are, at least aesthetically, diametrically opposed, but they are distinctly the work of Parker.

In 2008. Parker moved to Burlington, Vermont, after a number of years in New York City. There he relegated himself to a subterranean basement where he finished work on Skyscraper Crow.

The Skyscraper portion (disc 1) was written and recorded in New York City.  Parker started the project as a way to learn new recording software.  As he experimented with computer-based sounds he discovered that his experiments were becoming songs.  He would work from the basis of a simple rhythm or chord sequence and build the song out from there.  He would hum a simple melody, without words, as a guide.  When the tracks and melodies were all in place Parker rode the NYC subway and would write the lyrics while listening to the established tracks.  Parker later described it as his love/hate letter to New York and his life there.

After he finished the Skyscraper portion Parker moved in the opposite direction.  He wrote a companion piece of contrast, Crow (disc 2)–a collection of quiet acoustic songs that are as raw and live as Skyscraper is synthetic and labored over.  Together they are stylistic bookends, indicators of the many corners Parker explores.

“Parker’s in a contemplative mood—even by his standards—taking stock of what the past ten years have wrought with Skyscraper Crow, a two-disc rumination on 21st-century loneliness and human connections.

While I hope he one day tops himself, right now Skyscraper Crow stands as Parker’s career-defining achievement… to say nothing of being an uncanny mirror of what our culture is and what it can be.”

Random fact:  All of the songs on the Skyscraper portion of the album were written on the New York City Subway between Coney Island and Sunnyside, Queens.