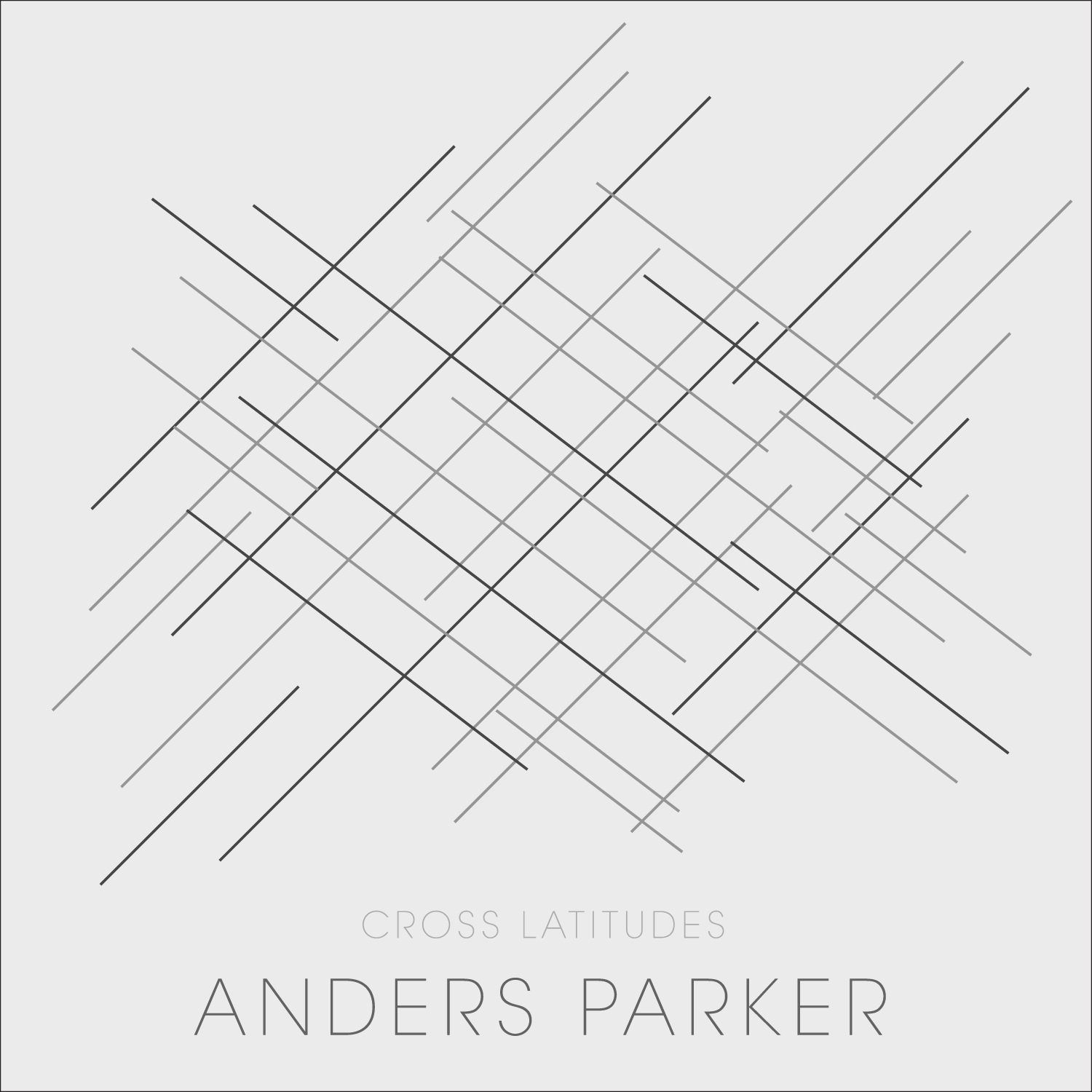 Cross Latitudes is a first in Anders Parker’s catalog of work–It is an all instrumental album of guitar pieces.  No words, no vocals.  Just Parker and his guitar and effects. Comprised of two sessions, stretching diagonally across the US of A, this album brings together 10 tracks of moody, ambient guitar work.

Half of the collection of songs were born out of an evening of live in studio improvisation in Los Angeles, California.  Parker created the pieces in the moment, nothing was pre-written or pre-conceived.  The setting was a warm Southern California evening.  It was a full moon and the doors and windows were open.  From this session we have “Pools,” “Lemon Tree Road,” “Valley Lights,” and “Eagle Rock.”

The other half of the tracks were recorded in a cabin in the Northeast Kingdom of Vermont.  It was the middle of winter.  It was very cold.  Lakes were frozen.  Snow was high.  Parker took a little more time to craft pieces with a few more layers and overdubs.  From these sessions we have “Falling Snow,” “South Bay,” “The Sun Is Almost Gone,” “Val Blizz,” “White On White,” and “The Sun Is Gone.”

Together these pieces from distant corners of the country make up Cross Latitudes, creating an aural world of their own.

Random fact:  Parker had to hike into his cabin in the woods in Vermont with food and water on a sled while recording half of Cross Latitudes.